The United States will reopen in November to air travelers from 33 countries including China, India, Brazil and most of Europe who are fully vaccinated against COVID-19, the White House said on Monday, easing tough pandemic-related restrictions that started early last year.

The decision, announced by White House coronavirus response coordinator Jeff Zients, marked an abrupt shift for President Joe Biden’s administration, which said last week it was not the right time to lift any restrictions amid rising COVID-19 cases.

The United States had lagged many other countries in lifting such restrictions, and allies welcomed the move. The U.S. restrictions have barred travelers from most of the world including tens of thousands of foreign nationals with relatives or business links in the United States.

The United States will admit fully vaccinated air travelers from the 26 so-called Schengen countries in Europe including France, Germany, Italy, Spain, Switzerland and Greece, as well as Britain, Ireland, China, India, South Africa, Iran and Brazil. The unprecedented U.S. restrictions have barred non-U.S. citizens who were in those countries within the past 14 days.

Restrictions on non-U.S. citizens were first imposed on air travelers from China in January 2020 by then-President Donald Trump and then extended to dozens of other countries, without any clear metrics for how and when to lift them.

Zients did not give a precise start date for the new rules beyond saying “early November,” and many details of the new policy are still being decided.

Separately on Monday, the United States extended its pandemic-related restrictions at land borders with Canada and Mexico that bar nonessential travel such as tourism through Oct. 21. It gave no indication if it would apply the new vaccine rules to those land border crossings.

The United States has allowed foreign air travelers from more than 150 countries throughout the pandemic, a policy that critics said made little sense because some countries with high COVID-19 rates were not on the restricted list, while some on the list had the pandemic more under control.

Monday’s action means COVID-19 vaccine requirements will now apply to nearly all foreign nationals flying to the United States – including those not subject to the prior restrictions.

Americans traveling from abroad who are not vaccinated will face tougher rules than vaccinated citizens, including needing to show proof of a negative COVID-19 test within a day of travel and proof of purchasing a viral test to be taken after arrival.

‘BASING IT ON SCIENCE’

Airlines for America, an industry trade group, said that through late August, international air travel was down 43% from pre-pandemic levels.

White House spokeswoman Jen Psaki told reporters on Monday the policy was not timed for diplomacy. “If we were going to make things much easier for ourselves, we would have done it prior to June, when the president had his first foreign trip, or earlier this summer. This is when the process concluded,” she said. “We’re basing it on science.” 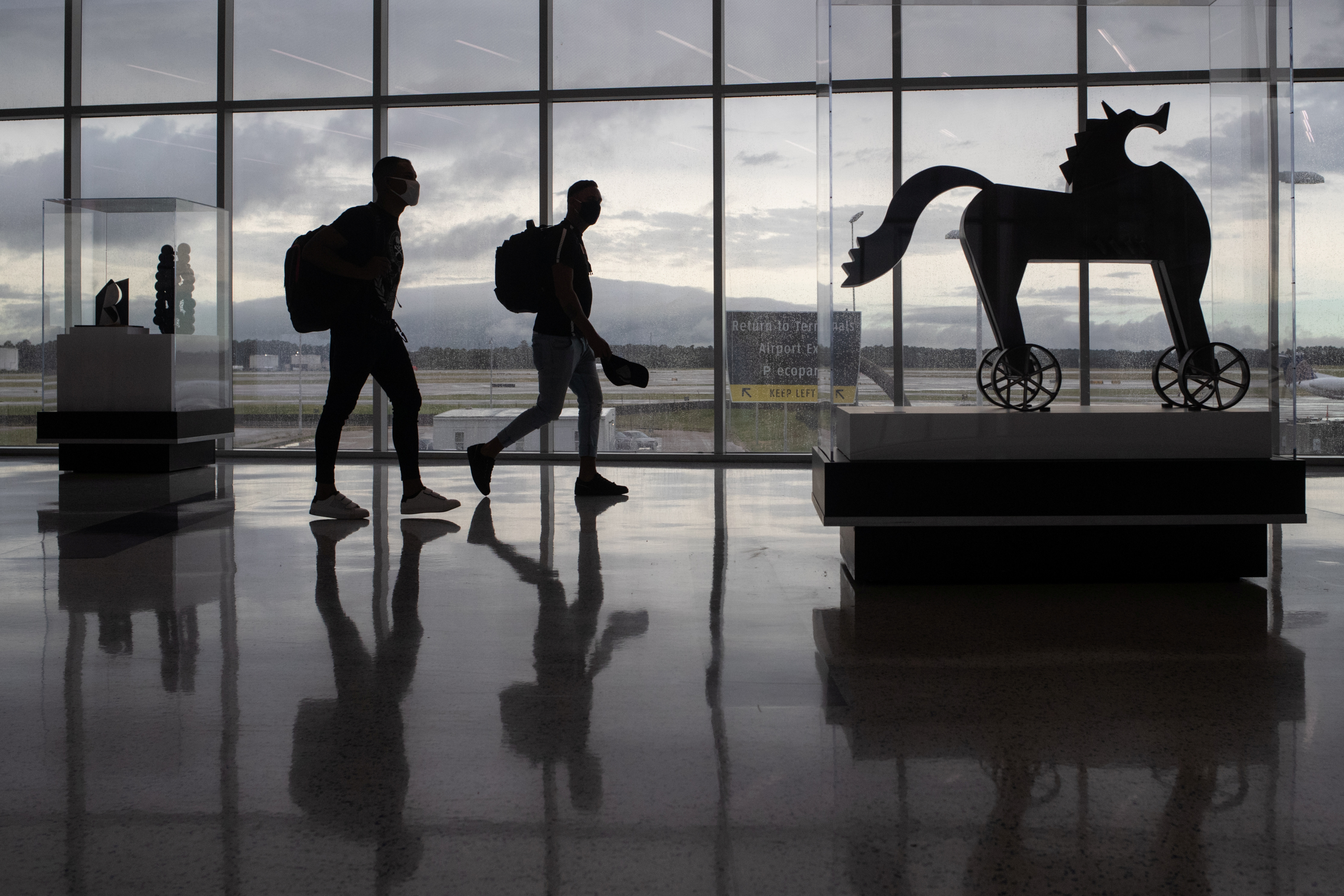 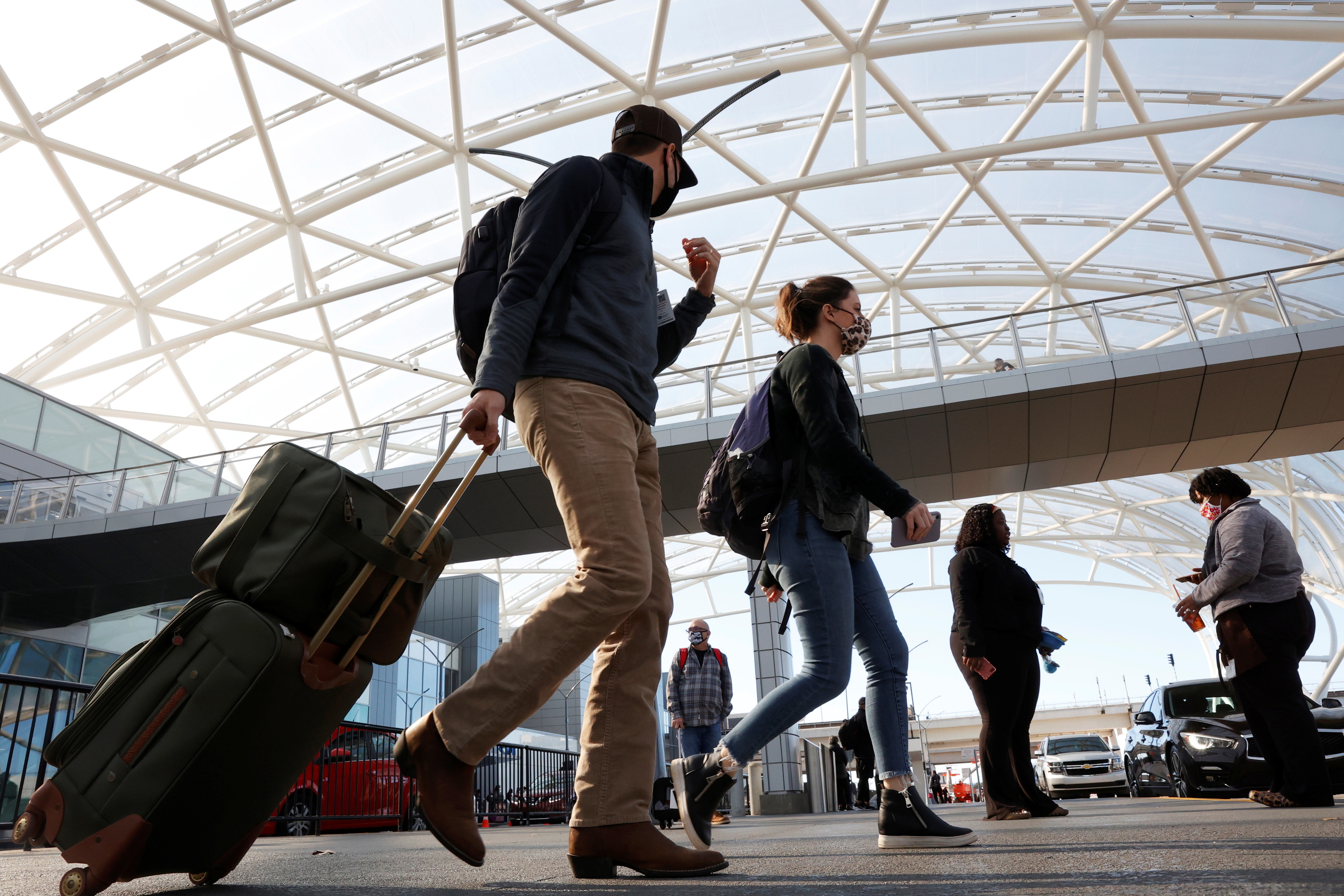 U.S. COVID-19 infections and deaths have skyrocketed since June as the Delta variant spreads, particularly among the unvaccinated. Nearly 29,000 new U.S. cases were reported on Sunday.

British Airways Chief Executive Sean Doyle said the U.S. announcement “marks a historic moment and one which will provide a huge boost to Global Britain as it emerges from this pandemic.”

British Prime Minister Boris Johnson called the announcement “a fantastic boost for business and trade, and great that family and friends on both sides of the pond can be reunited once again.” Germany’s U.S. ambassador, Emily Haber, said on Twitter it was “hugely important to promote people-to-people contacts and transatlantic business.”

It will have less impact travel from China, which requires its residents to quarantine for at least two weeks on return home. International flights from China are capped and running at around 2% of 2019 levels, a situation expected to last until the second half of next year. read more

Foreign nationals will need to present proof of vaccination before travel and will not be required to quarantine on arrival.The White House said the final decision on what vaccines would be accepted is up to the U.S. Centers for Disease Control and Prevention (CDC).

The CDC on Monday pointed to its prior guidance when asked what vaccines it will accept.

“The CDC considers someone fully vaccinated with any FDA-authorized or approved vaccines and any vaccines that (the World Health Organization) has authorized,” said spokesperson Kristen Nordlund. That list could change pending additions by either agency, she said.

Exceptions include children not yet eligible for shots. Airlines heavily lobbied the White House to lift the restrictions, and it has been working since August on the new plan.

The U.S. Travel Association trade group previously estimated that the U.S. restrictions, if they ran to the end of the year, would cost the American economy $325 billion.

Zients said last Wednesday that given the rise of the Delta variant, it was not the right time to lift travel restrictions. Asked on Monday what had changed since then, Zients cited rising global vaccinations, adding: “The new system allows us to implement strict protocols to prevent the spread of COVID-19.”

Zients said the new system would include collecting contact tracing data from passengers traveling into the United States to enable the CDC to contact travelers exposed to COVID-19.

The administration has been considering imposing vaccine requirements for foreign nationals since May, officials said, but the White House only decided on Friday to move forward.